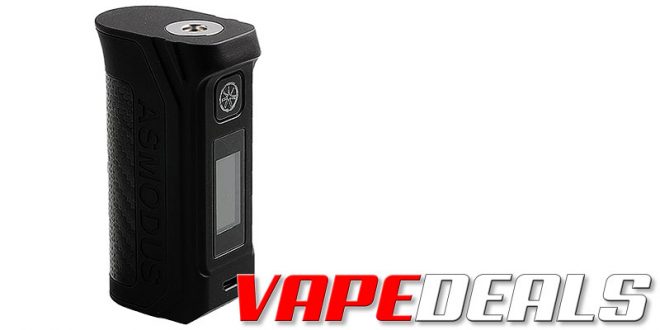 As some of you may recall, I posted a similar deal at the very beginning of the year.  Well, I was just over at 3A and noticed that they dropped the price again!  If you’re still trying to get your hands on an Asmodus Amighty 100W Box Mod, maybe this will help you out.  They’ve got it on clearance for only $20.02 right now, no coupon code needed.  Not bad considering most vendors were charging about $70 when this device first hit the market.  There is a catch though: most of the colorways have already sold out.  The only option remaining in stock is BLACK.  Those probably won’t last long, so stop by soon if you’re interested.  My apologies in advance to anyone who misses out.

The Amighty 100W Mod features advanced performance capabilities in a comfortable and durable chassis, coupled with luxurious asMODus design and the new GX-100UTC chipset and touchscreen functionality. Powered by a single 18650, 20700, or 21700 battery (NOT INCLUDED). Maximum power output of 100W. 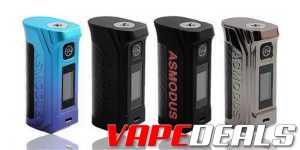 This might be your last chance to pick up an Asmodus Amighty Box Mod for under 40 bucks, so I wanted to give you guys a quick heads up.  It’s still on clearance over at Eightvape for only $39.95, no coupon code needed.  That’s the lowest price that I’ve been able to find anywhere (including China).  In fact, some vendors are still charging over $70 for this device!  If you’ve had your eye on this one, stop by and claim one for yourself before they sell out.  They currently have one colorway remaining in stock: Full Black. 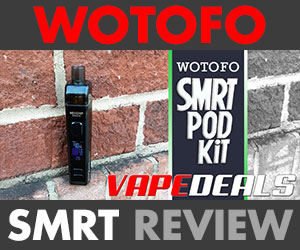