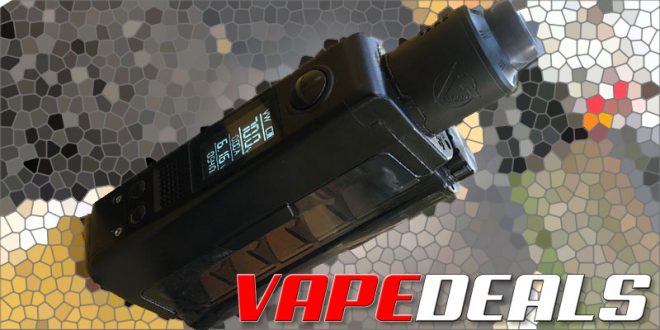 The Dovpo Topside Lite Kit in this review was provided by our friends over at Vaporl.  For a limited time, you can use coupon code “VAPEDEALS” to get 20% off your entire order (excludes Sale/Clearance/Flash Sale items; expires 3/31/20). 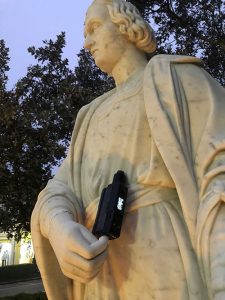 Is it just me, or has Dovpo been around forever?  My first, and honestly last device of theirs until the Dovpo Topside Lite, was the E-LVT.  Do you remember that little badass, rubber brick?  It was the Aegis before the Aegis!  It was a waterproof, 15 watt, single 18650 device that you had to unscrew a panel to get to the battery.  Yeah, and it had a flashlight!  I felt like the meanest motor scooter toting that mod around work with my Kanger Protank until I rounded out the 510 connection (insert sad face emoji here).  It’s amazing how far the vaping industry has come in such a short amount of time.

That was a lifetime ago, and today we’re talking about the Dovpo Topside Lite Starter Kit.  A single 21700 squonk device with the Variant RDA which was created by Brian from The Vapor Chronicles and manufactured by Dovpo.  Let’s get the boring bits behind us first:

Out of the Box 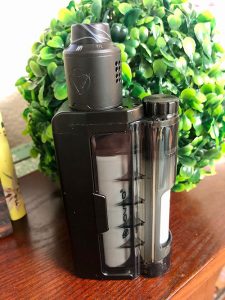 OK, now keep in mind this is the first Dovpo Topside I’ve tried.  I have zero experience with the original, the Dual, or the Carbon, so I’m approaching this with my Topside virginity fully intact. The box includes the device, the Variant RDA, 18650 adapter, convertible battery door, micro USB cable for charging, the usual screws for the RDA, and a spare coupler for squonking.  Let me explain.  With this device you can opt-out of squonking by removing the side with the bottle, unscrewing the little rubberized coupler, and replacing with the solid battery door, thus making the device now a single battery, non-squonking mod.  It’s a damn good thing they supplied a spare coupler because I’ve picked ticks off me that was larger in size.  A clever idea here is the coupler also opens a valve in the bottle, that when separated keeps the bottle fully sealed and leak proof. 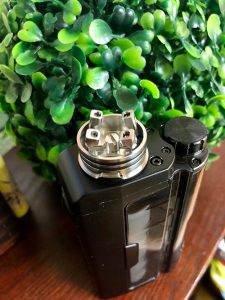 Getting started, I wrapped a couple of Clapton coils that came to 0.54Ω and installed them in the Variant RDA.  It’s a very familiar build deck, reminiscent of the Drop RDA that TVC also designed.  The coils were easy to install and almost align themselves with the airflow holes.  It’s a pretty airy draw, but with the locking tab at the bottom of the RDA, the top airflow control is easy to adjust and offers many settings for your preference.

What I found to be a brilliant idea was the squonk pin.  It’s not through the bottom of the 510 connection but on the inside of the deck.  With a simple turn of a flat head screwdriver, you can tighten it down and now the bottom-feeding RDA is a dripper!  Why do simple, great ideas seem to take so long?  Unless another company is already doing it, but it’s new to me.

And the flavor?  Don’t you hate hearing about how great or terrible the flavor output of an atomizer is?  Like don’t they, damn near, all taste the same?  OK, I’ll give you that some airflow innovations can have a minor effect on the flavor, but come on, it’s hardly that noticeable.  Was it tight?  Was it airy?  To me, that’s really what it all comes down to.  I love a reviewer that boasts or criticizes flavor like it’s so much different than the one before.  But, if it’s what you want to hear, the flavor of the Variant RDA is OUTSTANDING!!  But honestly, it’s a very good RDA, with good flavor, easy to build, and might be the star of the kit. 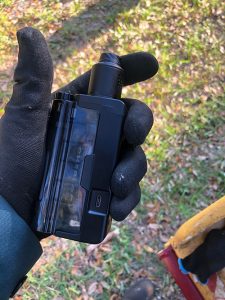 On to the Dovpo Topside Lite.  Is it “lite”?  Of course, it’s lite.  It’s plastic, ahem, polycarbonate.  It’s going to be lite, but as soon as you put in a 21700 it becomes just light.  I have a lot of mods and besides the Augvape VX200 and the Vandy Vape Pulse, it is the only one that’s plastic.  Don’t get me wrong, I have nothing against plastic, but it doesn’t exactly instill confidence.  But, in defense of plastic, I love my Augvape, it’s never given me an ounce of trouble, and I don’t think I’ve ever used the Vandy Vape Pulse, so no trouble there either.  I suppose I should just get over myself.  It’s the future.  We have squonk pins on the build decks and plastic mods.  Let’s all just be brave.

The device isn’t cumbersome or uncomfortable to hold.  It’s not heavy and fits nicely in the hand.  It’s oriented so that I want to thumb fire it and squonk with my middle finger on the other side.  The bottle is a nice quality silicone and super easy to fill.  A nice touch is the bottom side is magnetic so you can stick the unscrewed bottle cap down there while you are filling up, and not worry about where to set the cap so you won’t lose it.  The device fits easily in a front pocket and with 10mLs of juice, you can go an afternoon without lugging around another bottle.

The LED screen is black and white and easy to read.  I am not one to complain that it doesn’t offer a rainbow of colors, plays my favorite videos, or has a backup camera.  Holding the power and down button, you can easily scroll through your options of power, bypass, temp options, TCR, and stats.  The stats display is nice with a puff counter and total vape time.  While we are talking about options, which one of you silly monkeys are using temp control?  Why is that even a thing?  Oh yes, stainless steel is a far better vaping experience.  I bet it’s the same person who has a long list of RDA’s that produce no flavor!! 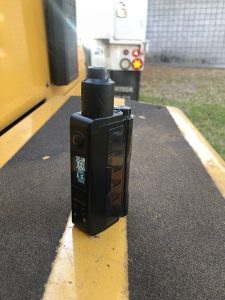 The Dovpo Topside Lite Kit offers a decent vaping experience.  It’s fairly quick to fire and should support a decent amount of vape time.  Notice I said “should.”  Dovpo is not the only manufacturer guilty of this (Geekvape and Ehpro I’m looking in your direction), but why, when I’m happily vaping at 65 watts, does it eventually decide it only has enough power to give me 53 watts??  I set you at 65, you m’fer!!  It’s a REGULATED mod!  It should be able to maintain the set power until the battery no longer can keep up, and then give me a warning saying the battery is low.  But when the battery is fresh, all is good, I suppose.  Yes, it is a single battery device, but the build deck on the Variant is so large, you’d be hard-pressed to put in a build that is less than 60 watts.

To me, this mod really shined in the non-squonking mode.  I spend most of my mornings vaping mouth to lung and drinking coffee.  I was a smoker.  This is what we do.  I removed the section with the squonk bottle, unscrewed the rubberized coupler and set it somewhere that I’m sure I’ll never see it again, and put on the convertible battery door.  I screwed one of my favorite MTL RTA’s, dropped the power to 18 watts, and changed my opinion of the mod.  The power stayed put all day.  The mod is super light and slim this way, and it was a true pleasure to have as an outdoor work companion.  Although I’m sure this wasn’t what Dovpo was going for, this setup really works for me.  It is really nice to have the option. 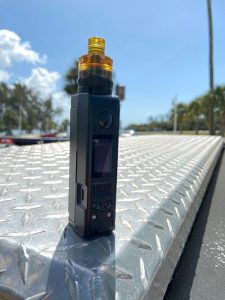 In summation, the Dovpo Topside Lite Kit will not set the vaping industry on fire.  Why did Dovpo even do this with the success of the first three Topsides?  Oh, that’s right, money.  This mod offers what the first three did but in a less expensive package.  Maybe this Topside is in your budget.  I will say the plastic held up although I didn’t drop it once.  There are some minor scratches on the chassis but nothing that takes away from its overall appearance.

The mod is imperfect, but I challenge you to find one that isn’t.  It gives you vaping options that most other mods can’t say.  The Variant RDA is really nice and would be worthy of a separate purchase, but I loved the Drop, and this one doesn’t disappoint.  If I had one kit to take with me to invade one of those countries that use temp control, would this be it?  No, probably not.  But what do I know?  I’m just a silly monkey that only knows how to use power mode. 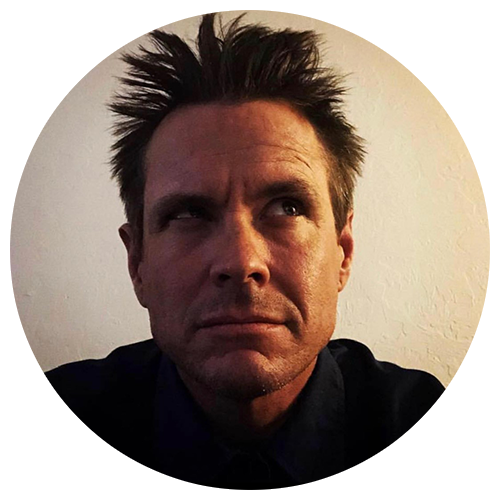 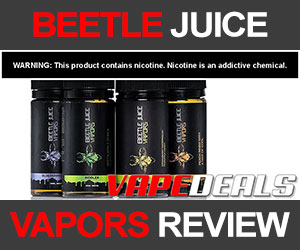