Hey, guys.  Another advocacy update for you.  Realistically, I know most of you rely on VAPE.DEALS to save money on vape gear and e-liquid, but this is just too important.  Not only does the Michigan Flavor Ban affect its residents, but it could potentially have repercussions nationwide.  This ban is being implemented under the guise of “protecting the children.”  It’s a tune we’ve all heard many times before.  A tune that seems likely to echo until it ultimately becomes the death rattle of this industry.  According to Governor Whitmer:

“My number one priority is keeping our kids safe and protecting the health of the people of Michigan” [link].

First, let me be clear: I am not being paid to write this.  My opinions on this subject do not reflect those of VAPE.DEALS.  Rather, they are the opinions of a man who struggled with a 15-year addiction to cigarettes.  My Granddad, a lifelong smoker, gave me his old vape pen in 2014.  He wasn’t a big fan of it, but he hoped it might help me quit.  It did.  2 months later, I stood by his bed and watched him die after a long battle with COPD.  The very last thing I said to him was, “Thank you for saving my life.”  Fast forward 5 years: earlier this summer, my brother (a 21-year smoker) finally made the switch to vaping.  I love my brother more than anything, so I simply cannot describe how grateful I am that these amazing products exist.  That is what vaping has done for me, my family, our health, and our future.  These may be MY personal opinions…but I am not an anecdote.

And now, Michigan (my home state) wants to take that away.

It will soon be illegal to sell any flavored e-liquids in the state.  Tobacco ONLY.  I don’t know about you, but I tried quitting with tobacco flavors and they just didn’t cut it.  It wasn’t until I started sampling other flavors that the idea of quitting cigarettes seemed realistic.  I’ve talked to hundreds of ex-smokers and over 90% of them quit with flavored e-liquids (NOT tobacco).

A few years ago, I became friends with a man in his late 60’s.  As a lifelong smoker with health issues, he was relying on vaping to kick the habit.  Every time we meet up, I bring him a fresh supply of CANDY and FRUIT flavors.  Those are the only flavors that keep him from smoking (again, NOT tobacco).  The Michigan Flavor Ban would make it a crime for him to purchase these products.  It would be a crime for me, my brother, and thousands of ex-smokers to purchase these products.  It would be a crime for local vape shops, the same ones that helped me quit smoking, to help other smokers make that transition.  It’s a punch in the gut from those who claim to have our best interests in mind.  And, again, this is all for the noble purpose of “protecting the children.”  I call bullshit.

Kids have been experimenting with tobacco for decades, it shouldn’t be surprising that they’re experimenting with e-cigarettes in the 21st century.  I’ve spoken with several kids ages 13 – 17 about vaping.  All of them have said that kids vape because (1) it’s trendy and they want to look cool, and (2) they like the nicotine “buzz.”  Flavors don’t matter to them AT ALL.  Mark my words, banning flavors will not affect underage vaping.  Minors don’t care what flavors they vape…they just want to vape.

In all likelihood, the Michigan Flavor Ban will create a public health crisis of its own: smokers will continue to smoke, some vapers will start smoking again, and black-market products will be everywhere.  We’ve all seen the recent headlines, the consequences of kids experimenting with illicit THC pods.  At a time like this, shouldn’t we be taking steps to combat these black market products (you know, to “protect the children”)?  Instead, our lawmakers have created a significant demand for them with one fell swoop.

There are already laws in place to prohibit minors from having access to nicotine products.  Enforce these laws!  The following is a reply I received from Peter MacGregor, State Senator (28th District), that seems to support this notion:

“In June of this year, the Legislature passed – and the Governor signed into law – bills amending the Youth and Tobacco Act to prohibit the sale of e-cigarettes and alternative nicotine products to minors. The law prohibits minors from purchasing, possessing, or using these products, and further regulates e-cigarettes and liquid nicotine containers. Simply, we already made it a crime to sell to minors. The decision to completely ban these products from the marketplace is an unnecessary solution to a problem already solved by the legislature.”

The Michigan Flavor Ban will do nothing other than restricting access to responsible adults who are trying to distance themselves from deadly combustible cigarettes.  The “CDC estimates that, on average, alcohol is a factor in the deaths of 4,358 young people under age 21 each year” [link].  And yet, banning flavored alcohol products is not even being considered.  Why?  There are many reasons, but the most obvious is that prohibition doesn’t work.  Often, prohibition poses a greater risk than the “epidemic” it is trying to eradicate.

Also, let’s not forget that this country is no stranger to the concept of “harm reduction.”  Needle exchange, condoms, methadone clinics, seatbelts, etc.  These things aren’t necessarily ideal or harmless, but they’re an obvious improvement to a serious problem.  Shouldn’t vaping also be considered an improvement to a serious problem?  After all, according to the CDC, “If smoking continues at the current rate among U.S. youth, 5.6 million of today’s Americans younger than 18 years of age are expected to die prematurely from a smoking-related illness” [link].  Isn’t that the real health crisis?  Even the RCP’s conservative number of 95% suggests that these products have the potential to save 5.3 million lives!  And yet, they still claim these new regulations are an effort to “protect the children.”  REALLY?  Final Answer??

As you’ll read below, it’s highly unlikely that the Michigan Flavor Ban will be an isolated event.  Other states will use this as a precedent to enforce their bans.  To be fair, we’re a resourceful community and most of us will find ways around laws like this.  But that’s not the point.  These laws would eliminate a valuable lifeline for current smokers.  I was a smoker, you were a smoker, and someone you love probably is (or will be) too.  Help secure the future of this industry, not for yourself, but FOR THEM.  I urge you to get involved…put up a fight…just do something!  You can start HERE.

I could go on all day, but I’ll leave it to our good friends over at Mister-E-Liquid and CASAA to fill in the blanks.

“By the time you read this, many of you will already be aware of Governor Gretchen Whitmer’s unprecedented ban on flavored e-liquid in the state of Michigan. For those who haven’t, this article from the Washington Post summarizes the situation well. In short, Governor Whitmer is instituting an immediate ban on all flavored e-liquids in the state of Michigan, except those which are tobacco-flavored.

This ban cannot stand. We must not allow it to stand. And not just vapers in Michigan, but vapers across the country: a precedent for a statewide ban cannot be set, lest your state be next! We must say firmly, with one voice, that the solution to youth vaping is enforcement of age restrictions, not the banning of flavors used successfully by adults. And leaving tobacco-flavored e-liquids alone does nothing but perpetuate the cycle of tobacco that vaping offers an alternative to.

Please read the statement by CASAA, below, and take action as they suggest. Be polite, be civil, but be firm and be steadfast. Now is the time for all vapers to make their voice heard, that we want enforcement of age restrictions, and not bans on flavors.”

From the CASAA Legislative Team:

“According to a report in the Washington Post, Michigan Governor Gretchen Whitmer is taking executive action to BAN THE SALE OF ALL FLAVORED VAPOR PRODUCTS.

This ban takes effect IMMEDIATELY
and will last for six months, after which the ban can be renewed.

This is not a partial ban on some flavors or some retail locations. Online and retail sales of flavored vapor products are banned after a 30-day sell-through period.

Take Action TODAY by calling Governor Whitmer’s office and urging her to rescind this order.

Please also call and write your state lawmakers. We are providing talking points for your call and a prewritten, fully editable letter for your email. Fill out the form, here, to get connected with your officials and urge them to reject Governor Whitmer’s flavor ban!”

Truth About Vaping – Episode 1 “Why They Hate Us” 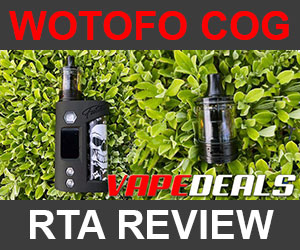