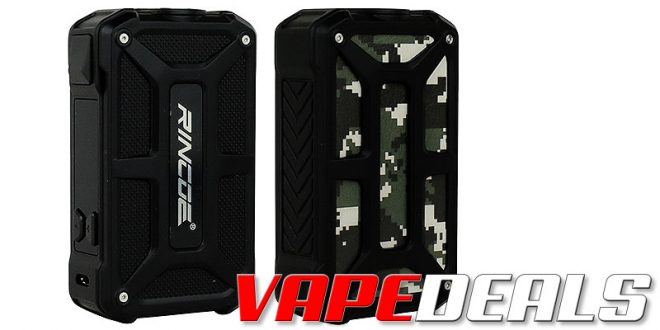 As some of you probably know, Volcano was running a special deal on the Rincoe Mechman 228W Box Mod for Cyber Monday.  Well, the holiday is over…and it’s still on sale!  Act fast and you could pick one up for only $22.49, no coupon code needed.  Not bad at all.  They currently have 2 colorways available: Black (only 5 left!) and Camo Black.

It’s also worth mentioning that they’ve still got the Rincoe Manto X Box Mod on clearance for $24.99 (also running low in stock).

Don’t forget to check out the rest of their Clearance Sale while you’re there too (link below).  They’ve got a bunch of great deals going right now.  And, as always, keep in mind that shipping is FREE on US orders over $29.99.

About the Rincoe Mechman

Don’t let the name fool you, the Rincoe Mechman is a regulated device with a full protection suite, including reverse battery, over-heating, overload, 10 seconds cut-off, and short circuit protection.  My assumption is that the name was inspired by the rugged style of the design, which is a big departure from the previous devices released by Rincoe.  The Mechman uses dual 18650 batteries (not included), has a max power output of 228W, and can fire atomizers as low as 0.05Ω.  It also offers temperature control for Nickel, Titanium, and Stainless Steel wires, as well as a TCR mode so you can fine-tune the settings yourself. 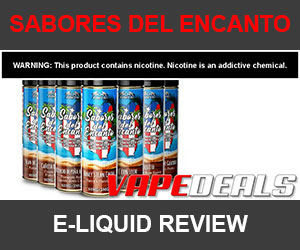