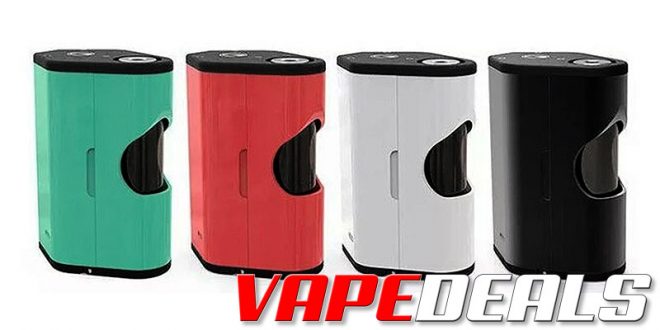 This deal is almost sold out, so I thought it was worth mentioning again in case anyone missed my original post.  The Movkin Disguiser 150W Box Mod is still sitting in the clearance section over at EcigMafia.  They’ve dropped the price down to only $9.99, no coupon code needed!  Hard to argue with that.  It might not be the latest and greatest device on the market anymore, but this is still an absolute bargain in my book.  If you need a high-powered backup/beater mod, this one is probably worth a look.  2 of the colorways have already sold out, but it looks like the Blue version is still available…probably not for long though.  Stop by and claim one for yourself before it’s too late.

As always, keep in mind that shipping is FREE when you spend $100 or more (US orders only). 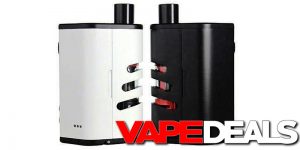 This one is pretty cool. Efun has placed the Movkin Disguiser on sale (as a pre-sale) for just $42.99. This thing is pretty cool. The Disguiser reminds me of the Reuleaux. Except, instead of being a triple 18650 mod… the Disguiser is a dual 18650 mod with the ability to hide your atomizer/tank! Why didn’t Wismec come up with this as a follow-up to the Reuleaux? Who knows. At least we have Movkin to the rescue. =)