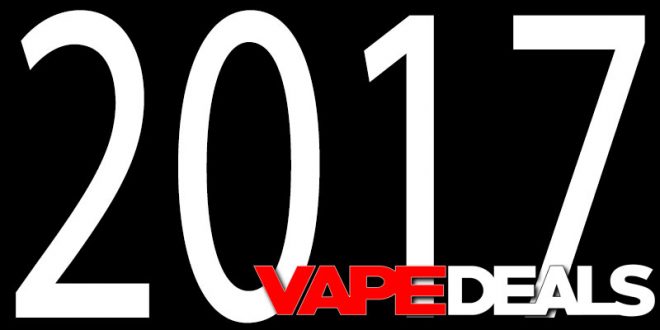 Hard to believe a whole year has passed since I’ve done one of these.  I’m still regularly using a lot of the products I mentioned last year!  Please keep in mind that this is all in the name of fun.  Despite what some people may think, I don’t get loads of free products in the mail every day.  I’m a consumer, just like you.  Out of everything I’ve purchased this year, these just happen to be my personal favorites.  I’m not saying they’re the BEST products on the market; in fact, everything on my list has its share of flaws.  But, when you really like something, the flaws can be forgiven…right?

I’ll try to provide most of the links in case you want to give anything a closer look.  And, if you have a minute, I’d love to hear about your favorite things in the comments below.

If you’re looking for a sleeper hit, here it is: The Digiflavor DF 60.  This one came out the very last week of 2016, but close enough.  It’s just a simple little 60w mod with a built-in battery, nothing too exciting.  I just happen to love that top-mounted switch…I’ve always been a sucker for cool buttons =)  Overall, it’s been an absolute joy to use.  Interesting fact: the only setup I used every single day in 2017 was the Digiflavor DF 60 and an Aspire Nautilus 2, filled with TMAXX’s Vanilla Mint Candy.  It’s just pure MTL bliss and I never seem to tire of it.

Honorable Mention: Geekvape Aegis.  If you need a solid device that can really take a beating, this is it.  I’m very impressed with the build quality of that thing.  It’s both rugged and classy at the same time.  Pair it up with your favorite single-coil atty, and I think you’ll have a winning combo.  It has actually replaced my iStick Pico as my favorite on-the-go device.

My love affair with RTAs and RDTAs started to die off early in the year, so I’m sure I missed a few good ones.  But, I gotta say, I’ve yet to be disappointed by the performance of the Wotofo Troll RTA.  I honestly don’t know what gives it the edge over similar tanks.  It doesn’t appear to offer anything special.  It just works.  Great flavor, efficient wicking, and respectable clouds.  I don’t like the deck, the screws, or the proprietary top cap…but I’m over it, because it’s such a great vape.

Here’s another sleeper hit that I’m incredibly fond of: the GAS Mods Nixon V1.5 RDTA.  Total flavor machine!  Plus, it comes with a squonk pin…and it’s ridiculously inexpensive (about $20).  Just keep in mind that the airflow is fairly restricted, so it’s probably not going to be for everyone.

As some of you know, I don’t really use sub-ohm tanks anymore, so I’m totally out of my element with this category.  Help me out!  Let the VAPE DEALS community know what you recommend.

This one’s easy: the CSPRCY RDA, a fictional dripper that would incorporate all the best features of both the CSMNT RDA (by District F5VE and Mystery Mod Co.) and the Conspiracy RDA (by 3CVape and SquirmingCoils).  I love ‘em both, but neither is perfect.  I prefer the build deck and O-rings on the Conspiracy…but the CSMNT wins in every other aspect.  So, I guess I’m choosing the CSMNT.  Final answer!

The types of e-liquids that I enjoy are generally dependent on the airflow style I’m using.  For that reason, I’m breaking this into 3 parts: MTL, Restricted Lung, and Direct Lung.

MTL: HFC by Mister-E-Liquid (Honey Flue Cured Tobacco).  When Nicoticket closed up shop at the beginning of 2017, I was depressed.  Those guys made the ONLY tobacco flavors that I enjoyed.  So, I immediately went searching for a replacement.  Fortunately, I didn’t have to go far.  It turns out that Mister-E-Liquid—a juice vendor that I’ve loved for years—happens to make some damn good tobacco flavors!  I still haven’t tried them all, probably because I’m still stuck on HFC.  I can’t stop…it’s just too good.  I’m actually vaping it right now.  Chances are, whenever you happen to be reading this, I’ll be vaping it then too =)

Restricted Lung: Icy Trio by Yami Vapor.  I’m usually not a big menthol fan, but I had a case of vaper’s tongue earlier this year so I decided to give this stuff a shot.  Sooooo glad I did.  6mg in a single-coil RTA just does it for me.  Strawberry-kiwi-lychee and menthol may seem like an odd mix, but it’s very addictive.

Direct Lung: Killer Kustard by Vapetasia.  If you ever thought simple custard flavors were boring, try this.  Wow.  Take away all my vape gear, aside from the CSMNT, Hexohm, and a lifetime supply of this stuff, and I seriously think I’d manage.

You get what you pay for, right?  Nope, not always.  Sometimes, you actually get MORE.  2 products came out this year that I feel are truly underpriced: the Vandy Vape Pulse BF Squonker and the Oumier Wasp Nano RDA.  If you play your cards right, you could get both for under $35!  Fantastic squonk setup for that price range.

Well, I think that pretty much covers it!  2017 was quite a year for the vaping industry.  It appears a happy medium between high-end and affordable products is finally beginning to emerge.  We’ve seen budget-friendly stabwood mods, resin mods, mechs, and squonkers; new battery technology; and even a renewed interest in MTL vaping.

More importantly, a lot of quality starter kits were released this year.  Introductory products for new vapers should always be one of the top priorities of this industry.  After all, hobbyist vapers like myself (and many of you) will always find things that we enjoy.  So, as we look forward to all the new and exciting things to come in 2018, let’s not lose sight of where we’ve been; always acknowledging that there is someone out there standing in those old familiar shoes.  Keep an extra starter kit or 2 tucked away—there’s a good chance you’ll stumble across someone who really needs it.

Happy New Year, my friends!  We are truly blessed to have your support.  Wishing you nothing but the best in 2018.  Thanks for reading! 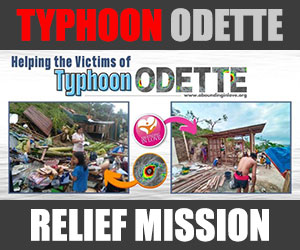